This research is based on the problems that researchers found in the class X/C tunagrahita ringan in SLB N 1 Pariaman in October 2019. Learning skill of making character pillow  in children with tunagrahita ringan, the ability of children in practicing activities to make character pillow  is still not good and not correct, and have not estabilished a good cooperation in the process of making. The purpose of this research are to prove whether cooperative learning approach of STAD type can improve the skill of making character pillow  in tunagrahita ringan children, and describe the learning process in improving the skill of making batako through cooperative learning approach STAD class X at SLB N 1 Pariaman.The type of research used is classroom action research, conducted in the form of collaboration with classroom teachers. As a research subjects were three children with tunagrahita ringan grade X/C and one classroom teacher. The result obtained through observation, and tests deeds. Then analyzed with qualitatively and quantitatively methods. The results of research after being given tratment for eight times showed that the initial ability before the treatment of making by DW 43%,YD 34%, LT 31% and SR 41%.While at the end of the cycle I the ability of DW increased (49%), YD (37%),LT (35%) and SR (45%).In cycle II the ability of DW increased to (87%), YD (74%) , LT (72%) and SR (86%).

Authors who publish with this journal agree to the following terms:

The names and email addresses entered in this journal site will be used exclusively for the stated purposes of this journal and will not be made available for any other purpose or to any other party.

Message us on WhatsApp 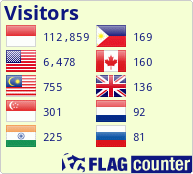